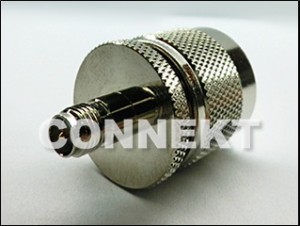 BNC connectors are the most popular RF connectors, featuring a two stud bayonet coupling mechanism which is particularly useful for frequently coupled and uncoupled RF connector with frequencies up to 4 GHz.

F connector is a type of RF connector commonly used for cable and satellite television universally. It is a low cost connector with good performance at high frequencies.

Connekt is a professional RF connector manufacturer that using the finest equipment to provide the customers the best service.